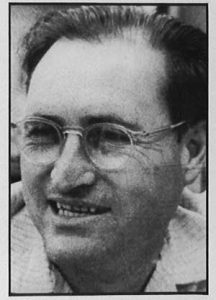 Initially, the main purpose of the Gulf Coast Archaeological Society was to gain knowledge of the Karankawa Indians who lived in the Brazosport area more than 400 years ago--and were still present when the first Anglo colonists arrived. His work in this museum was original and focused the attention of Texas archaeologists on Brazosport for the first time. Later work involved sites in Fort Bend, Wharton and Harris Counties.

A man gifted in inspiring the young, he organised and led two clubs of junior archaeologists, many of whom participated in local explorations, following established professional procedures.

He was a founder of the Brazosport Museum of Natural Science and served on its Board of Directors and as a Trustee. He was the museum's first Curator of Archaeology. In 1974, the museum established the Raymond Walley Memorial Scholarship at Brazosport College.

From the museum’s earliest days, Archaeology was one of the five main departments.  Under the leadership of Raymond Walley a corps of young people was trained in the field technics of Archaeology.  A youth Society was formed that reported on their work as the Gulf Coast Archaeological Society (GCAS).  Raymond’s successor was Norm Loeffler. Norm had an interest in the cultures of the American Southwest and used that interest to study an archaeological site within Dow’s plant B, the Dow Cleaver site (41BO35).  The museum found interested Dow employees to surface collect 4.2 acres on 1.0-foot X 1.0-foot squares. Many of the objects collected are on display in the Hall of Archaeology.  In 1981, Norm Loeffler, Johnney Pollan, and Ted Hollingsworth created a museum affiliate organization, the Brazosport Archaeological Society (BAS).  Norm’s successor, Johnney Pollan is the current Curator of Archaeology.  BAS has become known throughout the state of Texas as a group well founded in Texas historical archaeology.  Many BAS members have worked on numerous Antebellum plantation sites in Brazoria county and a few worked on the French shipwreck, La Belle.  Currently BMNS is working on a number of Ft. Bend county sites excavated by Raymond Walley in the 1950s and early 1960s with Texas Parks and Wildlife. 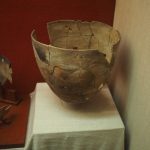 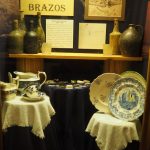 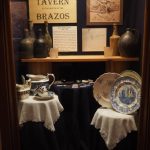 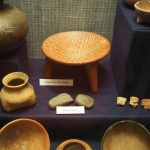 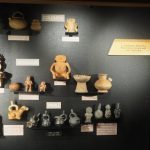 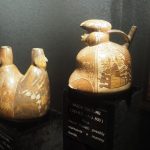 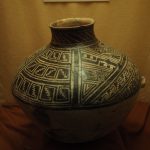 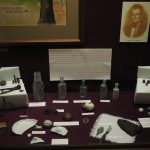